Floods in Jeddah, droughts near the Dead Sea, rising sea levels in the Mediterranean. One of the regions hit hardest by climate change is the Middle East and North Africa. And the problems keep adding up.

Lower rainfall and higher temperatures have dried up the Dead Sea, shrinking the salt lake by nearly a third in the last 20 years. Compounding problems are farmers and civilians who siphoned off River Jordan, one of the sea’s tributaries.

Alexandria, on the Mediterranean coast of Egypt, has the opposite problem. As sea levels rise, the city of 5 million people is sinking. Some of the driest parts of the region have also suffered from flooding. Jeddah in Saudi Arabia has suffered almost yearly from floods caused by sudden fierce storms.

The Middle East and North Africa have also had record high temperatures in recent years — the highest recorded temperature in the region to date was 54°C (129°F) at Kuwait. In the same week, Basra in Iraq recorded 53.9°C. The Global Climate Risk Index ranks Pakistan fifth of countries most vulnerable to climate change.

As Middle East and North Africa continue to warm, we urgently need action. And that action will require all hands on deck. That’s why Earth Day Network is mobilizing youth, NGOs and governments across the region to reduce the burden of climate change.

More specifically, Earth Day Network is partnering with local governments and schools to provide environmental education resources for sustainable development in curricula. We’re also launching end plastic pollution campaigns, establishing nature clubs and arranging cleanups all over the region. All these actions will lead up to what we hope will be an unforgettable April, when Earth Day marks its 50th anniversary.

We’re building the world’s largest environmental movement around Earth Day 2020 for a better, more secure and more sustainable future. Join us on April 22 when we take to the streets and demand bold climate action. 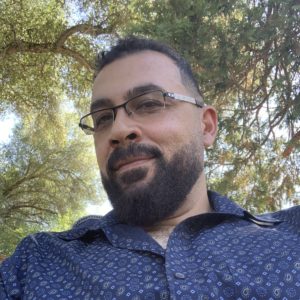