Our future depends on it: Mandatory climate literacy now

The COVID-19 pandemic continues to affect our way of life, as well as the health of humans and nature. We are in a transitional stage between the menace of COVID-19 variants and the need to adapt to a “post-pandemic normality.”

Recently the Intergovernmental Panel on Climate Change (IPCC), a scientific body of the United Nations, released its highly anticipated report concluding that the human influence on our changing climate is undisputed.

The UN Secretary-General António Gutérres said the report was “a code red for humanity. The alarm bells are deafening, and the evidence is irrefutable. The internationally agreed threshold of a 1.5 degrees Celsius [global temperature increase] is perilously close. We are at imminent risk of hitting 1.5 degrees in the near term.”

This moment calls for a planet of citizenship with interdisciplinary actions, including integral and inclusive support via public policies, business and labor practices, and a well-informed public to achieve this goal.

A vital action that needs to be approved at the next UNFCCC COP26 is compulsory, assessed climate and environmental education for K-12 school systems.

Donate To Help Us Advocate For Climate Literacy

In the last decades, millions of K-12 students have graduated with almost no climate literacy nor integrated environmental education courses in their curricula.

Environmental and climate change goals must consider the time gap of decision makers. A child currently in secondary school will be 18 years old in 2025, 23 in 2030, and 43 in 2050. They are, and will be, leaders and key decision makers in the revolution against climate change. According to recent research, if only 16 percent of high school students in high- and middle-income countries were to receive climate change education, we could see a nearly 19 gigaton reduction of carbon dioxide by 2050.

Teachers, families, and students all need  to participate and must be prepared — now — to meet future job profiles, innovation, and technology challenges. Combined with civic education, climate and environmental literacy will create jobs, build a green consumer market, and allow citizens to engage with their governments in a meaningful way to solve climate change.

South America steps up action on environment and climate change

According to Executive Secretary of Economic Commission for Latin America and the Caribbean (ECLAC) Alicia Bárcena, Latin America and Caribbean countries contribute only 8.3% of global emissions, yet, are highly vulnerable to climate change. In the last 30 years, the number of natural disasters tripled in the Caribbean and the associated economic losses increased fivefold.

Significant actions and legislative changes have been taken in South America on environmental education and climate change by national, sub-national, and municipal governments; private entities; and civic organizations. Within their Nationally Determined Contributions to the Paris Agreement, countries have included plans to become net-zero and have considered, among other components, climate change and environmental education as well as gender participation.

The Congress of Argentina recently approved an environmental education law and international agencies, the World Bank, and the Inter-American Development Bank have supported related programs. Colombia, Ecuador, Peru, Chile, Argentina, Uruguay, Paraguay, Bolivia, and Brazil have included environmental education in their constitutions and national decrees by their Ministries of Education and Environment.

The Government of the City of Buenos Aires has implemented a green schools program and launched  a new open data platform on climate change, BA Cambio Climatico.

In Peru, the Ministry of Labor and Employment Promotion and the ILO presented the definition of green jobs  and indicators for assessing them, which is an essential step in driving a recovery in the labor market with decent work. The Ministry of Education’s Educación Básica Alternativa en Lima Metropolitana – DRELM, the City of Lima’s EDUCCA, and SEDAPAL have environmental education programs related to civic engagement, climate change, and clean water resources.

Similar programs are being implemented in South American schools.

In Brazil, the OECD and the Lemann Foundation have analyzed some of the proposed changes to Brazil’s Basic Education Assessment System that will set out the core of competencies and knowledge that all students should acquire through basic education. The Government of the State of Sao Paulo is implementing climate and environmental education in their elementary and intermediate schools.

On Earth Day 2021, Governor João Doria launched a task force for an environment agreement for Sao Paulo to reduce greenhouse gas emissions in line with the Paris Agreement, with participation of all municipal governments of the state. It included EARTHDAY.ORG South America as an international observer.

Join us to mobilize further climate action in South America and sign the petition for climate literacy at COP26 this November.

Solving the climate crisis cannot be achieved without an educated population and a trained workforce. Assessed and integrated climate and environmental education in our schools must be supported at COP26. Our future depends on it. 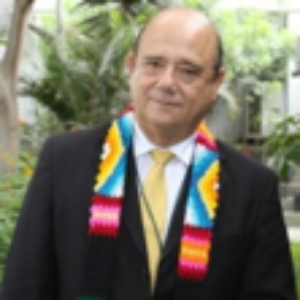